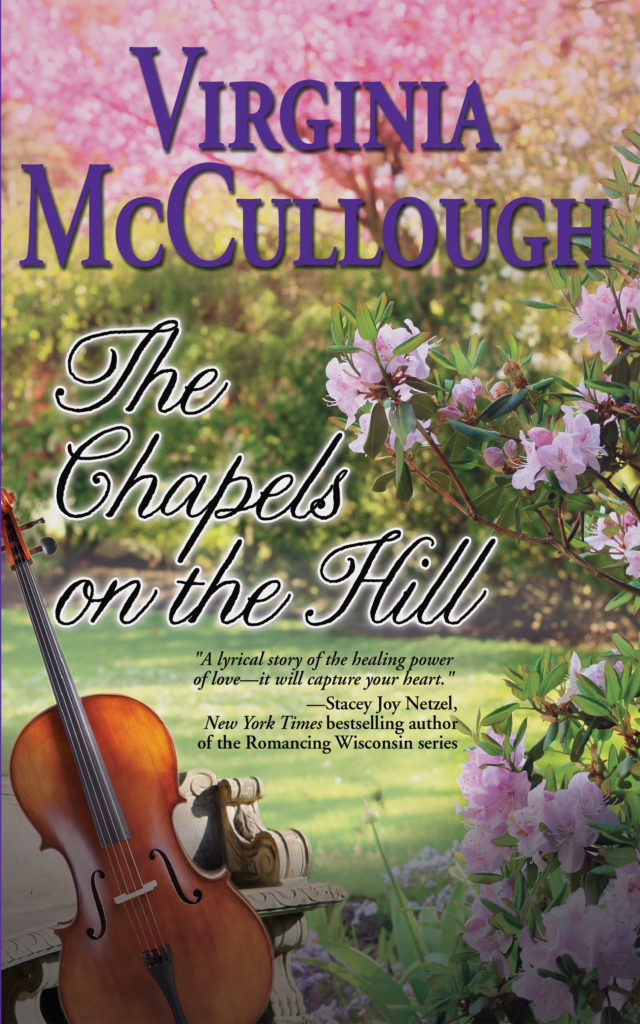 Sonia and Aaron didn’t marry for love, but love found them and took them by surprise.

When tragedy struck, Sonia and Aaron’s reason to be together seemed to slip away, along with the love they once shared. Both believe they’ll find closure at an event dedicating a music pavilion to their son, allowing them to say a final goodbye and freeing them to commit to new relationships. But instead of finding peace, memories of the life they shared with their son, Matt, stir up unexpected feelings, prompting them to relive both sweet and painful times of their shared memories of the life they shared…

By age five, Matt’s cello teacher declared him a child prodigy. But life with a prodigy can become complicated and even strains Aaron and Sonia’s marriage. Sonia is forced to balance her commitment to Matt and his music with running Chapel’s Botanical Garden, a business she created to save Aaron’s family’s land. Aaron’s law practice leads him to high-profile cases all over the country. Aaron is concerned about music dominating Matt’s childhood, but he eventually understands his son’s gift is already leading him to a life far away from their home in Lady’s River, Wisconsin.

When Matt is taken from them unexpectedly, Aaron and Sonia turn in different directions, eventually going their separate ways. It seems to be working…or is it? For Sonia and Aaron, only a trip through the past will allow them to redeem the future—perhaps even find a shared future again.

Sonia switched back and forth between two cable news stations and an old made-for TV movie she’d seen a couple of times, determined to stay upright and awake. When sleepiness overtook her, she’d head to bed. No more dozing off in the den. This catch-as-catch-can lifestyle she’d sunk into after coming back from Pearson Pond had begun to embarrass her.

First, she’d call the painter in the morning. Even if she reconnected with Ben—maybe even began planning a future with him—she’d still need to fix up the house before she could sell it. And the den was as good a place to start as any.

She picked at the fraying fabric on the arm of the couch. No wonder she felt off balance. She spent most of her time at home in a room she last painted a sophisticated pale gray. But time had darkened the walls, and now they looked drab and sad, begging for new life, like the whole house had the day she first stood in the living room imagining herself living there.

She and Aaron had poured their new-found passion into the house, discovering each other and reveling in the miracle that they’d fallen in love.

No more ancient history. Move on. Maybe selling the place was the only way to make a fresh start. What was she hanging on to it for, anyway? She wouldn’t want to live in it with Ben. No, the house belonged to her old life.

Studying the walls in the den, she settled on replacing the gray with a brighter ivory, with the far wall painted in a butterscotch yellow for contrast. Then she’d hang the paintings she’d bought at various art exhibits at the garden over the last few years. Too distracted to decide where to hang them, she’d stashed them in the attic for safekeeping.

Sonia left the couch and knelt on the rug in front of the shelves. Before she could change her mind, she scooped up a row of paperbacks and spread them out in front of her. She needed two piles, one for the keepers and one for the giveaways.

No lingering allowed. If she let the memories grab hold of her, she’d hear echoes of Aaron teasing her about her gritty murder mysteries. But even as she sorted, little snippets popped into her mind and she couldn’t order them back into their hiding places.

She sat back on her heels and recalled the day, only a week or two before Matt was born, when she’d flopped into the easy chair to read. She’d ended up resting the open book across her swollen belly and dozed, opening her eyes when she’d felt Aaron’s lips on her forehead. “Having sweet dreams?” he’d asked, holding up the book and pointing to the bloody knife on the cover.

She smiled at the memory of his amused eyes.

“Enough of that,” she said out loud. Distracting herself by gathering up a second armful of books, she quickly tossed them into one pile or the other.

A lyrical story of the healing power of love—it will capture your heart.

A satisfying emotional read! Sonia and Aaron came alive for me.

Another page turner by a really good storyteller!