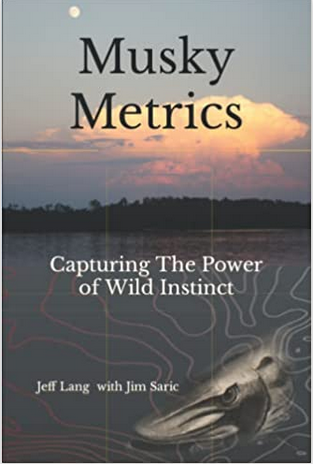 Over the years, I have come to believe that fish (muskies in this case) do not always feed because they are hungry. I have seen way to many times and situations where a species on a lake will go days or even weeks hardly feeding. Conversely, I have experienced times when it seems they will over consume to an extreme.

The hypothesis behind BIOMETRICS is that muskies have developed such a hyper-sensitive biometric sensory system, including their lateral line, buoyancy bladder, and more, that they’ve become slaves to the twists, turns and whims of their environment. The same senses that enable a musky to micro-detect a nine-inch perch approaching from behind, may completely suppress its mood for food when a high-pressure system parks over the region for days. Conversely, when the pyramid of ecological, seasonal and real-time influencers align, they feed aggressively. Understanding and predicting these times will completely change your view on fishing muskies.

Musky Metrics breaks down the scientific study, interpretation, and scoring of the layers of influencer buckets that trigger muskies into action. We measure their relevance and influence priority for a single person on a single body of water during a specific part of the season, and at a specific moment in time.

Biometrics - The new frontier in fishing